How to Call America From the UK? 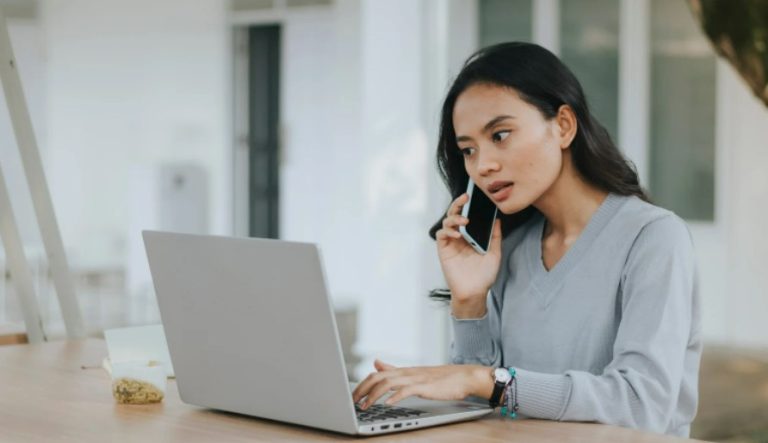 Whether you are an American going overseas or a UK resident attempting to contact folks in the US, you must be aware of the alternatives and processes to make a call from one nation to the other properly. Learn how to make phone calls from the United Kingdom (England, Scotland, Wales, and Northern Ireland) to the United States. You may call from a landline, a cell phone in the United States, a mobile phone in the United Kingdom, or an internet service. The dialling technique for how to call America from the UK is mentioned below in three simple methods.

How to Call America From the UK?

1. Using a Regular Phone to Call the United States

First, dial “00” on the phone. Enter the UK’s international calling code, 00, into your phone. It indicates that the phone number you will call is located outside of the nation.

If you’re dialling from a mobile phone, you may need to hit the “+” symbol before or instead of “00.”

A three-digit area code in the United States is always stated in parentheses before the next seven digits of the phone number, as in (###)-###-####.

You should note that a person’s area code might not correspond to their geographical location in the United States if they have relocated but retained the same phone number or purchased a phone in a different region from the one they reside in.

Enter the last seven numbers. The remaining seven numbers of the US phone number should be followed by the international calling code (00), the country code (1), and the three-digit area code. After inputting all of the numbers, hit the call button to make the call.

All phone numbers in the United States have 10 digits overall, three for the area code and the remaining seven digits, as seen below: (###)-###-####.

Even though they may exist in these samples or wherever the number you are attempting to call is mentioned, special characters such as “#,” “-,” “(,” or “)” should not be included.

2. Making Use of an Online Calling Service or an App

For voice or video calls, use Skype

Make video or audio calls to anybody around the globe who has Skype on their phone or computer by using the famous Skype service. You may also make calls to any ordinary phone number, regardless of whether or not it is affiliated with a Skype account, for a modest cost.

Download Skype for free on your smartphone, tablet, or computer to start contacting other Skype accounts for free right now. If you wish to use Skype to call a standard US phone number, you may add Skype Credit to your account and pay as you go, or you can choose a monthly subscription to save money on frequent calls.

When making Skype calls, make sure you are connected to a computer or phone with high-speed internet since the audio and video quality will be higher and more dependable with a solid connection.

It is important to note that you may incur data costs if you use a Skype mobile app on a phone or tablet that is not connected to WiFi. If you want to use phone applications regularly without an internet connection, check with your phone or SIM card provider about these costs or get a plan with unlimited or significant data.

Use another service that supports voice and video calls, such as Google Hangouts, Viber, or WhatsApp. Calls using these services, like Skype, are free to other service subscribers and cost a nominal price to contact ordinary landlines and mobile phones.

Use these services on a computer or free mobile phone or tablet applications. If your phone is not connected to the internet, you will pay data rates for network calls. 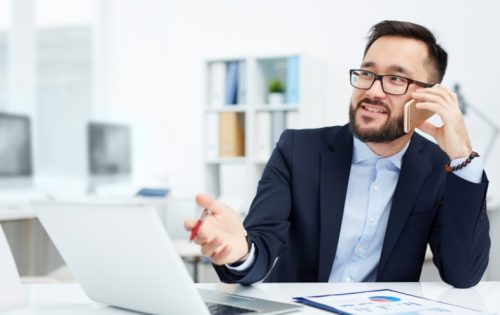 Test out many services to discover which one you like since they offer somewhat different features. You may also pick an app depending on whether your contacts in the United States have it or can obtain it since calls to them would be free.

Before you utilize a service, try it out. Load contacts, phone numbers, or credit (if available) for calls on an internet phone service or app before calling the United States from the United Kingdom.

Try out the app before travelling to the UK to get acquainted with it. Check your internet connection and, if feasible, use the same device you’ll need to connect to while overseas.

Making a phone call to someone in the United States from the United Kingdom is a simple process that can complete with any phone. Don’t worry if this is your first time. It’s just a matter of understanding which codes to dial and what order they should dial. Continue reading to learn how to call America from the UK-based friends, family, and professional connections!

call usa from uk how to call america from the uk
Previous ArticleHow to Give Robux to People?
Next Article How to Make Money Online for Beginners? – Top 20 Ways

How to Increase Snap Score?

How Old Do You Have to Be to Have PayPal?

There are more opportunities to earn additional cash than ever before, both online and offline.…